Greatest Hits from the Twenties 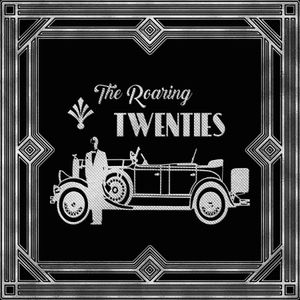 During the first 200 years of the viola's existence, it was doing mostly what it was invented to do: doubling vocal parts. Now, more than 500 years later, many believe the viola is still the closest instrument to the human voice. Because of its first role, there was little solo music written for it during the Renaissance period. Even when music for unaccompanied violin and cello finally began to be written (mostly during the Baroque Era), the viola was left out. Why?

This must be understood in context. Studying the viola as a separate instrument is only a phenomenon of the past century. Historically, the violin was studied first. It is for this reason that I believe that Bach and Paganini, who were both also violists, did also play their unaccompanied works for violin on the viola. The viola was simply seen as an extension of the violin, in much the way we see today many oboe players doubling on English horn and (B-flat) trumpet players also playing piccolo trumpet.

I gave a series of recitals in the 1990s called 'The Greatest Hits from the Twenties', and my time in isolation during the Coronavirus Pandemic of 2020 has allowed me to expand that format for our current decade.... for whenever we'll be allowed to give concerts again! I've also been able to develop an online educational program covering the most important developments in Western concert music for unaccompanied viola. 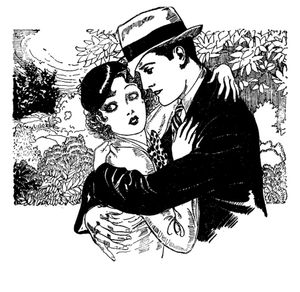 Although this series is superficially about the 20s, it is really much more about the history of the viola and unaccompanied concert music, with snapshots from every one-hundred-or-so years. With music in styles include the Baroque, Romantic, and Twentieth Century Neo-Classical, the only major era not represented is the (relatively short) Classical Era, although there are certainly some influences in the Paganini. Another feature of this series the variability. You could play it many times and not hear any of the same music twice. The length can be tailored for what sort of event you're playing by including either full sonatas or just movements. As an educational program, it could be mostly talking with just brief musical excerpts as demonstrations. Both orders are also possible: from today backwards in time, or from 1720 until today, which is how I'll proceed:

It’s not surprising that one of the very first solo recordings ever made on viola was of Lionel Tertis performing the famous Chaconne from the 2nd Partita. The Sonatas and Partitas for Unaccompanied Violin are well suited to the deeper, more introspective nature of the viola. Since Tertis's recording in 1925, many violists have performed and recorded various movements, especially from the Partitas. Even some violinists have played them on viola; the only solo performance the great Jascha Heifetz ever gave on viola was of the Chaconne from the Second Partita. The first complete recording of the Cello Suites by Bach was made in the 1960's by the great Lillian Fuchs.

Bach himself transcribed many of his own works into different keys for different instrumentation-- including several movements from the Sonatas and Partitas. The Cello Suites have not survived in Bach's manuscript so there is more speculation around their origin. It is believed that the Fifth Suite was first written for lute and then transcribed for cello, which would explain the use of scordatura (to bring the cello's tuning closer to that of the lute's.) While we don't know for sure what Bach would think of his Sonatas, Partitas, and Suites on viola, we do know what Bach thought of the viola. According to one of Bach's sons, it was his father's favorite string instrument. Three years before Bach wrote the Sonatas and Partitas, J. S. even gave up his position as concertmaster of the Weimar Court Band so that he could play viola with the group.

My recording in 1998 was the first complete recording of the Sonatas and Partitas ever made on viola, and I felt so strongly about this set of works on viola, that I recorded them all for a second time in 2006. The Sonatas and Partitas have become over the past century an important part of the viola's history, and along with Paganini’s 24 Caprices, have formed what Sir Yehudi Menuhin referred to as “the twin-bibles” of upper string playing. An excerpt of my playing the 1st Partita can be heard on the soundtrack of the STV-BBC program The Women Who Went to War- A Great Adventure, and if you're Interested in my recording of the entire set, you can click here.

On January 4, 2020, to celebrate the 300th of J.S. Bach's Sonatas, Partitas and Suites, I performed them in one concert from memory at the Taproom in Hadley, Massachusetts, which took approximately four hours without many repeats. Many have suggested that this was the first time in history this has been done, but I have no way of verifying that claim. For an overview of the event, watch the video below:

1820: the publication of Paganini's 24 Caprices for Violin

Violinist-violist-guitarist-composer Nicolo Paganini wrote the Caprices as technical studies. Some of them happen also to be great concert pieces that have made a place for themselves in the concert repertory on many instruments. Paganini himself only performed a few of them in public (and on violin.) Technically, they range from fairly difficult to extremely difficult. To pull all of them off on the violin is already pushing violin and violinist to the edge of what's possible. On the larger, less responsive viola, it is really stretching the limits. Yehudi Menuhin referred to the Bach Sonatas and Partitas and the Paganini Caprices as "the Old and New Testament...the foundation of the violinist's manual."

I studied with Emanuel Vardi, the first violist to have recorded all 24. What a stunt! Without his having 'opened the door', I can't imagine I would have attempted such a project. Made in the mid 1960's, Mr. Vardi's recording was still the only one available when I recorded them more than forty years later. Many, such as 13 ("The laughter"), 20 ("Bagpipes"), and 24, work really well as concert pieces. The great William Primrose recorded these (with some short-cuts and a couple with piano accompaniment), and they made a real splash. These caprices have musical appeal. They're hard, but with work, they can be tamed to be compatible with the viola and sound like music to just about anyone. You can hear me playing nos. 3 and 24 on the soundtrack of the controversial Bolivian film Sirwiñakuy, and the film is not about a viola player playing difficult etudes! They were chosen for their musical value:

However, an entire book of the most awkward etudes around isn't meant for a general audience. If each caprice is evaluated only as a concert piece, I don't believe nos. 8 or 12 as an example fare well. Wickedly difficult to keep in-tune, there aren’t any great melodic treasures to be discovered, just a lot of scales and double-stops in the most unresponsive parts of the instrument (in no.8) and nearly-impossible stretches (in no. 12). Excellent for developing technique and maybe a stunt for an audience already acquainted with their difficulties... but not for a general audience there mainly for the music.

Rewriting sections in order to transform a difficult etude into a more pleasing showpiece is certainly a valid approach and a common one when making transcriptions. There's a reason some caprices sound easier on guitar, cello or sometimes viola-- they've been simplified! However I learned them in their unarranged form, simply down a fifth from the violin editions that were commonly in use in the late 20th Century. Within those parameters, I tried to make as much music out of them as possible.

After Mr. Vardi's death in 2011, the American Viola Society commissioned me to write Capricious, a viola trio which references 12 of the 24 Caprices. Capricious was premiered at the New York Viola Society by Shmuel Katz, Ann Roggen and Brenton Caldwell. In 2012 at the International Viola Congress in Rochester, NY, Tanya, Ila Rondeau and I performed it on the final concert of the congress.

1920s: The premiere of three unaccompanied Hindemith sonatas for viola by the composer himself

Viola soloist and composer Paul Hindemith wrote his first solo sonata for his own use as a performer in 1919. I can include it here though because he didn't premiere the work until late 1920! Stylistically it is a little more conservative (more elements from the Romantic era) than the subsequent two, which were written in 1922 (25/1) and 1923 (31/4). It was not until 1937 that Hindemith would write yet one more sonata for unaccompanied viola, but that one is, of course, outside the parameters of this particular program.

The Hindemith Solo Sonatas are considered by many the greatest set of unaccompanied works written specifically for the viola. They play a similar role in the viola's repertoire as the Ysaye Sonatas (written around the same time) do in the violin literature, although Hindemith's Neo-Classical harmonic language is more forward thinking and therefore more representative of the Twentieth Century. (In form and development however, both composers are quite traditional.) Around 15 years ago, I used some the time during our Hurricane Katrina-induced, six-month evacuation from New Orleans (see New Orleans post) to record the sonata that Hindemith himself performed the most (Op. 25, no. 1), which you can hear here at Youtube. Or you can:

Listen to an unedited reading of all four Hindemith Solo Sonatas.

Until this decade, I've included only the truly 'greatest' music of the 20s. I want to mention that I wouldn't want the inclusion of some of my own compositions here to be seen as incredibly vain. Time will certainly sort out what's important to viola players and musically representative of our time. However, since right now it's too early to do that... you're stuck with me! (Also "it's my recital, and I can play what I want to!") I've kept my own pieces deliberately on the short side so as not to be too much of a distraction from the rest of the program. I think we're living in a time of many styles and a general return to tonality; there's no doubt that my own is more of a 20th Century North American take on Romantic style than anything else.

I perform unaccompanied music from memory, so it will be just you, me, and the viola. When it is safe enough for public concerts to resume, I look forward to presenting this series again in public. In the meantime, I am enjoying presenting it in its educational version online to string studios!

The following video contains excerpts from the online educational version of this program: