The award-winning Slapin-Solomon Viola Duo has expanded the repertoire for viola duo through numerous premieres, commissions, recordings, and their own pioneering transcriptions. As one of the few long-term viola duos in the world-- they performed together for more than twenty years-- Scott and Tanya have been featured at several international viola congresses and have made premiere recordings for Eroica Classical Recordings, ISG, and the American Viola Society. Their debut CD Sketches from the New World was hailed as 'absolutely brilliant' in Strad Magazine, and other recordings have garnered critical acclaim in such publications as the New York Violist, the All Music Guide, and the Journals of the American and Canadian Viola Societies. They can be heard performing Scott's Nocturne in the final scene of the award-winning docudrama Secret Life, Secret Death.

Although Scott and Tanya started out together in the full-time orchestra world, sharing the stage with the great soloists of our time such as Itzhak Perlman, Leonidas Kavakos, Joshua Bell, Roberto Diaz, Yo-Yo Ma, and Lynn Harrell, their attention soon shifted to the many possibilities of two violas in recital.  As duo recitalists, they performed throughout much of the US and won 'Best Chamber Performance of 2008' at the Big Easy Entertainment Awards in New Orleans. In addition to many of Scott's own compositions, they have premiered and recorded duos by Gerald Busby, Robert Cobert, Richard Lane, Rachel Matthews, Patrick Neher, Frank Proto, and David Rimelis and made many popular arrangements played by string duos worldwide.

Scott and Tanya have taught at several academies and colleges as well as privately on five continents via Skype. They maintain private viola and violin studios comprising students ranging in age from eight to eighty, spanning from beginners to advanced professionals. 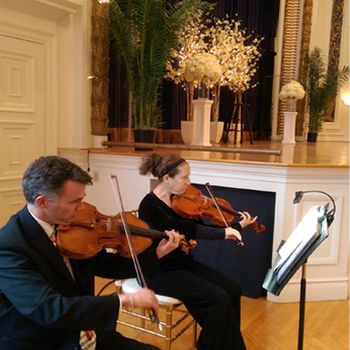 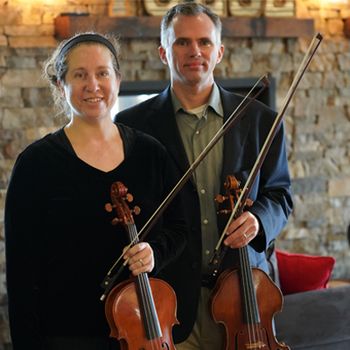 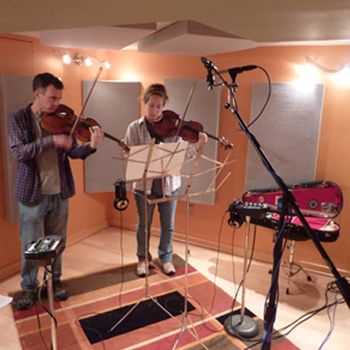